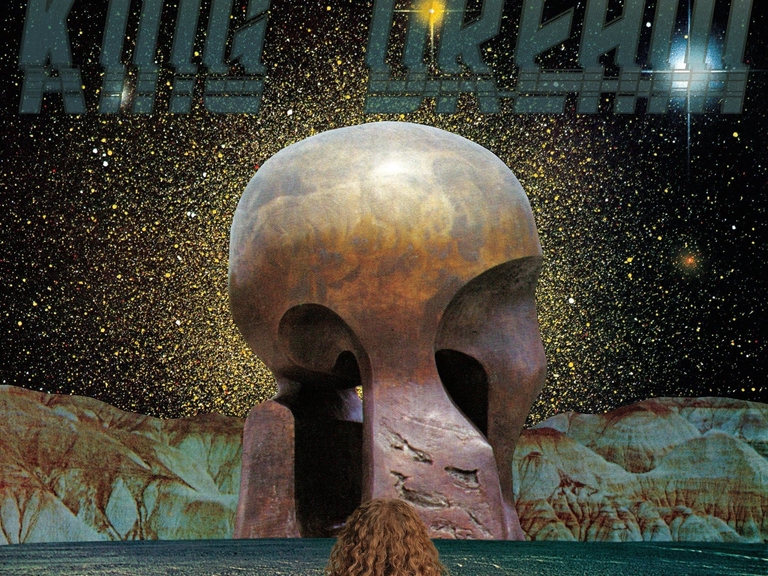 Kelly McFarling makes songs for long drives and fault lines. Born in Atlanta and based in the Bay Area, McFarling gives weight to wistfulness and renders the small and ordinary in ultra-vivid color. With a sound that moves between folk, rock, and alt-country, McFarling’s vocals are the constant: warm, assured, often breathtakingly strong.

Deep the Habit (March 2021), McFarling’s latest, captures the freewheeling feel of live shows with her band. Sparked by the idea of a feminine take on JJ Cale or Dire Straits, McFarling’s contribution to that corner of the canon infuses it with softness and vulnerability. There are hooks with just enough pop-sheen to conjure Stevie Nicks or even Pat Benetar; but we also get threads of more modern alt-country and indie-folk, like Hiss Golden Messenger or Molly Sarlé.

King Dream is an indie psych-rock project from Bay Area songwriter and multi-instrumentalist Jeremy Lyon. With a soulful voice, roots planted in the golden era of California psychedelia, and a wry energy that places him firmly in the 21st century, Lyon charts a path through timeless themes: disillusionment with oneself, with adulthood, with one’s country — and the discovery, time and again, that somehow there’s still plenty worthy of a love song.

Lyon, a Bay Area native, previously co-founded the folk-rock band Tumbleweed Wanderers, who toured the country for five years before disbanding in 2016. Inspired by songwriters like Jim James, Jonathan Wilson and Blake Mills, Lyon spent the next two years questioning and reinventing himself — and, thanks to his vocal ability and versatility, soon became one of the most in-demand sidemen in the Bay. Playing with different bands, he picked up a few things: new instruments and arrangement techniques; a love of darker textures and moody, atmospheric sounds on electric guitar. And then an invaluable collaborator- producer: Lyon credits Graham Patzner of Whiskerman with helping to shape and carry the new project from idea to reality.

King Dream is the new project from Bay Area songwriter and musician Jeremy Lyon. Inspired by Jim James, Blake Mills, and Jonathon Wilson, Lyon spent 5 years touring the country with Tumbleweed Wanderers, a band he co-founded in 2011, releasing a couple albums and a few EPs along the way. Since disbanding in 2016, he's worked as a sideman in a slew of regional indie rock, psych/folk, and alt/pop acts including Whiskerman, M Lockwood Porter, and Lapel, while working on his debut self-titled album, due out summer of 2018. 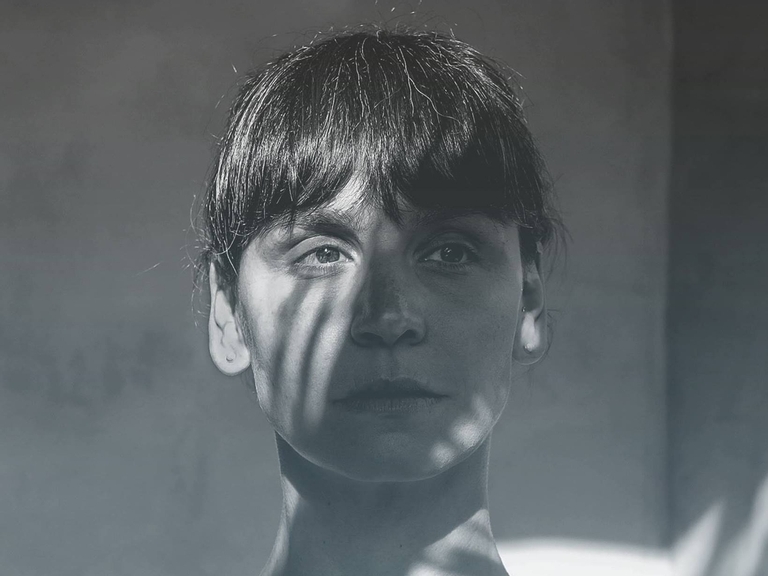 Kelly McFarling is an Atlanta, GA born, San Francisco-based songwriter. Her work is reflective of transitions, the wilderness, and its navigation. Sometimes she plays banjo, other times acoustic guitar. Often, she plays a Telecaster fronting her band, The Home Team, featuring pedal steel (Tim Marcus), drums (Nick Cobbett), bass (Oscar Westesson), and various other Bay Area musicians. During her ten years in San Francisco, McFarling has released five independent recordings: studio albums, Distractible Child (2010) and Ridgeline (2013), an EP of cover songs, Others (2013), and two live albums, Live at Pirate Ship Laguna (2009) and Live at Eddie’s Attic (2011). She has toured behind her own projects as well as performing with bands like Y La Bamba and Goodnight Texas, and is one-third of the all-female folk trio Glittersnatch with Megan Keely and Wolf Larsen. Over the years, McFarling has shared the stage with artists such as Shovels and Rope, Sean Hayes, Chris Pureka, Jolie Holland, and has made a home for herself in the San Francisco music community. Water Dog, McFarling’s latest release, is her most intimate and folk-leaning record to date. She recorded the album in seasonal segments of 2016. The songs were first demoed with Allen Rothschild in his bedroom in Asheville, NC, where the creaks of his wood floor and the sounds of summer winding down made their way onto the recordings through open windows and live takes.The demos became the foundation of the record, and McFarling took them back to San Francisco, where Avi Vinocur of Goodnight Texas produced and engineered the majority of the record at his home in the Sunset District. “Recording at Avi’s house gave us the time to let the songs breathe and evolve.” McFarling said of the process. “It gave us space to make decisions at our own pace. I’ve never made a record like that, and it was a really special time. These songs were written in quiet spaces that were lived in. It made sense to record them in that way.” The album is a reflection on inward motion; on the way that water and its movement dominates our lives and bodies. It’s about love, trust, and how we come to know the things we know. Above all, it’s about the cycles of nature that have the power to be both grounding and destructive. “While I was writing these songs, I was thinking a lot about family, stability, and love; and I was simultaneously starting to spend more time in and around the ocean. I was getting in the water a lot, and it opened a conversation about the nature of flow; learning to move with changes, instead of against them.” In addition to producing, Vinocur also plays on most of Water Dog and his work is prominent on signature tracks, like “Both.” “That song was totally different when I brought it in. Avi simplified the groove, and made it more compelling.” says McFarling. Vinocur also helped complete the writing of “Caney Fork Overlook,” one of the record’s more classic country tunes. “That song had been half written for years. I wrote it in my van while on a road trip on the Blue Ridge Parkway, and it was one of those songs that I never had expectations for. I wasn’t sure it would be on the record. Avi helped get it to a place where it shines.” In other more stripped down songs, McFarling often played live in one take. “The Storms are Getting Stronger,” “Spring Clean”, and “Box” are songs that have been played in many different arrangements, mostly upbeat with a full band. For the recordings, I wanted them to go back to what they were when they were first written. Simple, quiet folk songs.” Although Vinocur and McFarling play the bulk of the instrumentation on the record, they also tapped several trusted Bay Area musicians to explore additional layers of sonic texture. Water Dog features Tim Marcus on pedal steel and dobro, Graham Patzner on fiddle, Andrew Laubacher on percussion, Andrew Brennan on guitars, Oscar Westesson on upright bass, and John Elliott on piano. Austin-based band Whiskey Shivers also makes an appearance singing backup vocals on “Caney Fork Overlook.” Water Dog is a first for McFarling in many ways. It is the first record she has made without a band, the first time she approached recording without a deadline, and the first time she has explored stripped down instrumentation. “From the beginning, the idea was always to let the songs speak for themselves and try not to get in the way.” 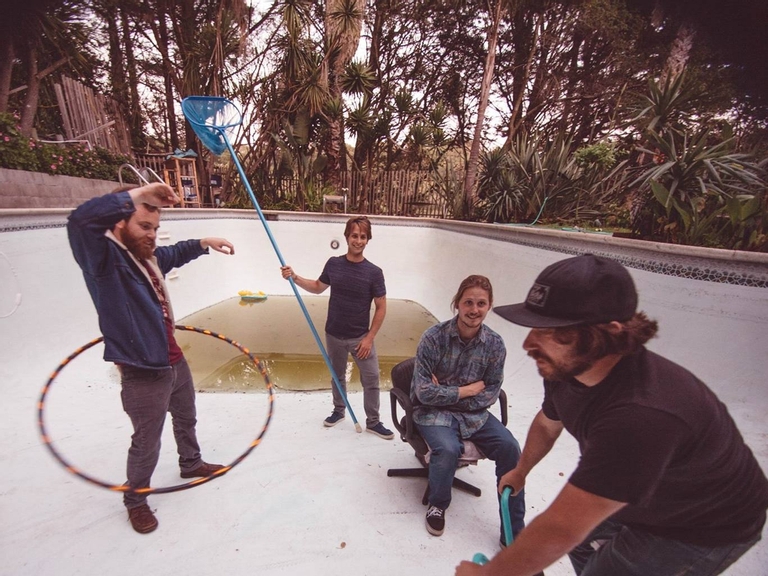 Kaplow, who has long struggled with depression and loneliness as a result of injuries, long stints on the road, and living on the opposite side of the continent from his family, is nonetheless a master at finding catharsis in storytelling. Influenced by traditional American music and folk revival songwriters like Bob Dylan and Neil Young, music is Kaplow’s way of taking stock of the journeys he’s been on and reminding himself to keep pursuing a sense of home.